Home › Blog › How to End the Global Apartheid

How to End the Global Apartheid 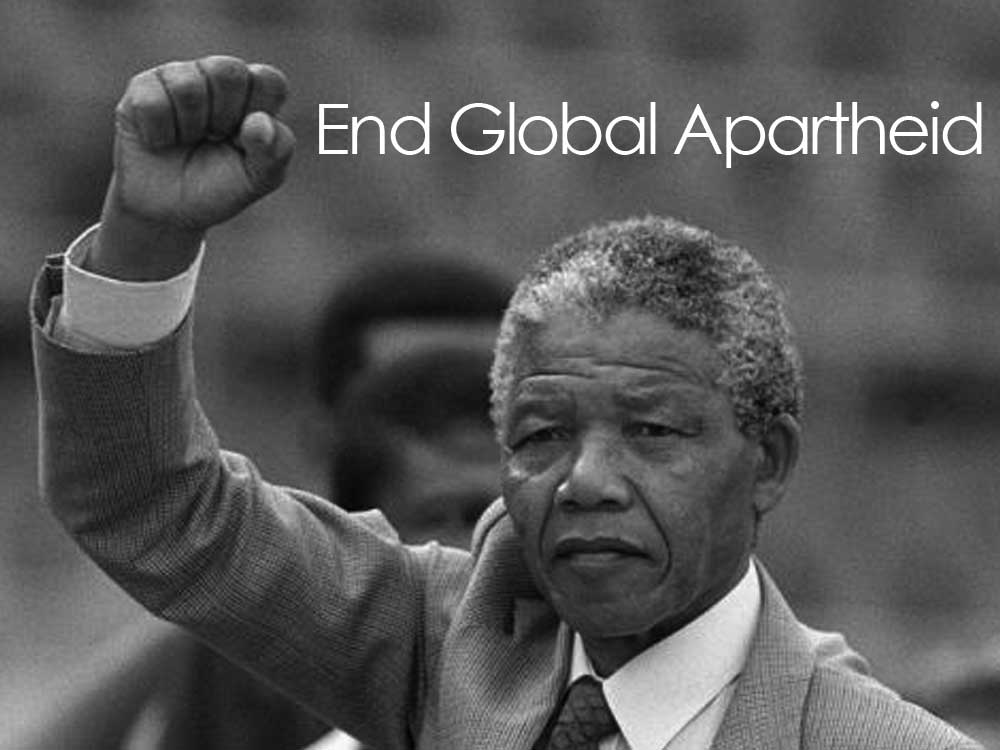 Today is the first day in 95 years that Nelson Mandela has not been here on Earth with us.

During this time span, just 5 years short of a century this man spent 27 years in prison because he fought for the rights of ALL people in South Africa.

What he fought against was an immoral government system of oppression called Apartheid.

This in summary was a brutal racial system of segregation where the real population of a nation the black South Africans were ruled by a small group of white Europeans who declared themselves “elite”.

All the official positions in government were held exclusively by WHITE people AND  it was officially illegal for BLACK Africans to vote or even travel to certain parts of town.

The “elite” class would regularly commit systematic crimes against the people including stealing their property and kicking them out of their homes with no prosecution or consequence.

Does this sound familiar? 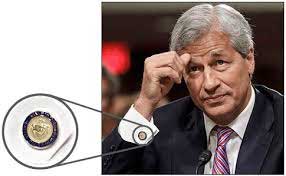 Pictured above is JPMorganChase’s Jamie Dimon wearing what looks like White House cuff-links, who’s firm has been caught in numerous financial crimes but has remained immune from criminal prosecution and has never faced incarceration.

JPM and firms like his just continue to operate no matter how many times they get caught red handed.

Their “financial Apartheid” system is pretty easy to understand actually, they use their bank to rob people blind with their complex tom foolery bait and switch Fokury.

Then they take some of the spoils of their robbery (the loose change basically), buy a few choice select pre-paid politicians or all of them, and do it again and again until they run out of money.

When they’re out of cash they just tell their pre-purchased politicians to get them a “bail out” where the tax payers are robbed again to give the banks even more money.

As if that wasn’t bad enough, now they have upgraded to the “bail in” model.

This is the robbery-remix if you will where the money is taken directly from the people’s savings accounts and given to the banks, to “help” them survive to rob us blind another day.

This morning I started thinking if this isn’t modern day Apartheid I don’t know what is.

How to End Global Apartheid

As people we fight harder than ever for ever shrinking measly crumbs like an increase in minimum wage or an extension of unemployment benefits while they get BILLIONS at a time in their no bid contracts and then portray the people as “useless eaters”.

The “middle class” has lost their ass and are now working class.

It’s hilarious but it’s sad at the same time. Here’s how to get rid of this insane immoral system:

Learn from Nelson Mandela’s life and pick up where he left off.  He lived for 34,839 days and in that time he made an amazing impact this world will never forget.

Imagine if 34,839 people spent one day per year doing the same?

What if they spent one day a month or week speaking the truth to liars and standing up for what is right.

Imagine how this world would change?

Understand HOW he won by taking the HIGH road at each and every turn.

Even though his people were being oppressed in their own communities by colonial minded racist white people he did not promote black hatred against whites as he understood this would make him no better than them.

Instead he acknowledged the fact that both sides are suffering and that reconciliation is the only way forward.

Also, consider how much more effective his non violent strategy was in comparison to the early years where the revolution he led admitted to organizing some acts of violence against the Apartheid government in retaliation for killing people on their own lands.

Also remember that Nelson Mandela was basically the only person that I can think of in the last 100 years to lead people to freedom and defuse the situation so well with his adversaries that he avoided assassination for his entire life.  Not that they didn’t try but it’s true at some point that they did eventually stop trying to kill this great man and instead started to show respect.

Just think,  Martin Luther King Jr and Mahatma Gandhi were both assassinated while Mandela lived to be 95, I wonder what they’re talking about now?

If you work for one of these banks and you are asked to ROBOSIGN some documents illegally or commit some other form of FRAUD you may not know it but when the sh1t hits the fan they’re going to lock YOUR ass up.

Instead of falling for this trick expose it at every single turn.

Pull an Edward Snowden on that ass.

You will help defend other people from these banks and their fraud and you may even get paid in the process.

You could write a book and explain your story from the inside especially after you document things for a few months it would be a best seller without a doubt.

Also, if you feel your rights have been violated by being forced to commit crimes or you have been harmed in other ways you could file a law suit in court and recover damages.

However, if you’re too high up and you want out and you don’t know how to pull it off just FLEE like Ed did and start over from scratch somewhere else.

YOU don’t have to do wrong anymore, my friend stop hating yourself life’s too short.

Cash out.  Stop borrowing tomorrow today with the loans and credit.

Accept that if you can’t pay cash you cannot afford it.

Who do you think you are fooling?

If you want more “stuff”, land, property, electronics, jewelry then you should increase your means.

If you accept a loan for what you KNOW you don’t have the money to pay for today you are falling for their trick.

Also, consider closing your bank accounts especially if it’s with CHASE or the other criminal banks if you don’t absolutely need them for your business.

If you’re like most people you end up loosing money to your bank at the end of the year anyway after they hit you up side your head with the service fee stick.

Consider converting your long term savings to ancient materials such as gold and silver.  NO, don’t trade gold or silver invest in it for the long term this is 5 – 10 years.

Educate yourself about BitCoin.  The newest decentralized currency that’s taking off like a bottle rocket.

Personally I think that BitCoin has a bright future especially since Amazon accepts BitCoin payments.  This is the driving factor behind my belief that this digital currency could do to money what social media did to the internet.

Then take it all the way old school by getting back connected with YOUR family.

Stop thinking fun is sitting in front of the TV all day.

Screw the football game, get outside and discover real life with your loved ones and teach them better than what you were taught.  BREAK THE CYCLE.